Tabriz is the old trading city on the Silk Road and sixth most populous city in Iran which located in northwestern Iran between l Sahand and Eynali mountains.

It is exemplary tourist City of 2018 by the Organisation of Islamic Cooperation and named world Carpet weaving city by the World Crafts Council in 2015.

Tabriz contains many historical monuments, representing Iran’s architectural transition throughout its deep history and because of cold winters and temperate summers,  considered a summer resort.

Arg of Tabriz  is the remnants of a big fortification and city wall in Tabriz, which known as  Arg-e Alishah, Arg Alishah,  Arch of Alishah, Arg Citadel, and Masjid Ali-Shāh.

The first development was made between 1318 and 1339, amid the Ilkhanate. During the construction, the top of the mausoleum crumbled and the construction was stopped afterward. Centuries later, the compound was immediately reconstructed as a military compound.

El Goli or Shahgoli is the name of a large historic park containing an artificial lake in Tabriz which is one of the most important tourist attractions in the city. El Goli was created at the time of the Agu Quillon in south-east of Tabriz and expanded in the Safavid period . It i rectangular lake with a depth of 12 meters and surrounded by four side walks and a stripe of flowers.

The Blue Mosque, or Jahanshah Mosque is a historical mosque in Tabriz, which was built upon the order of Jahan Shah around 829 and has been renowned for its beautiful decorative blue tile.  The mosque was severely damaged in an earthquake and leaving only the entrance hall. Reconstruction began in 1973 by Reza Memaran Benamunder the supervision of Iranian Ministry of Culture. However, it is still incomplete. 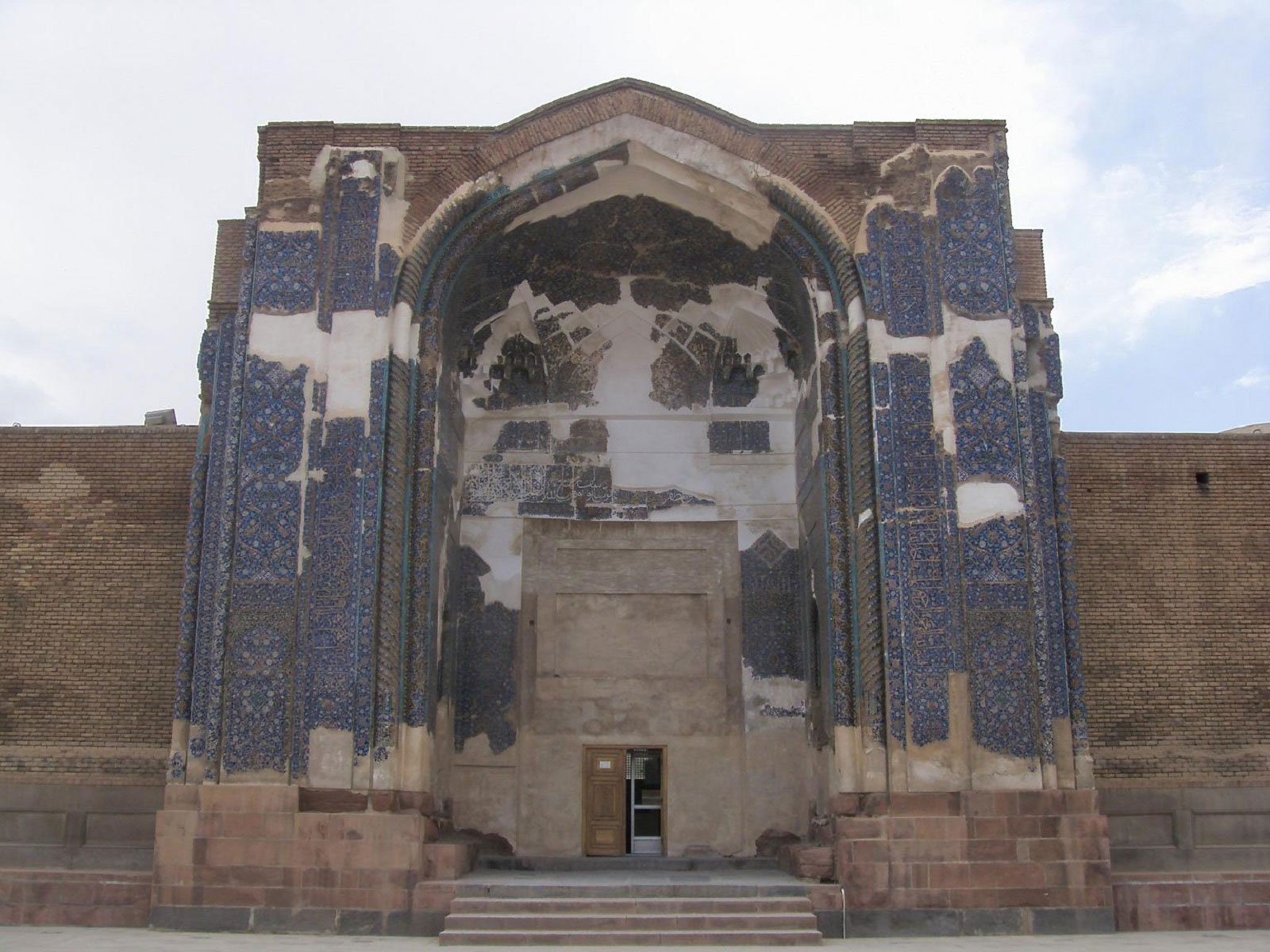 Other tourist attractions in Tabriz: