Tehran  is the capital of Iran and Tehran Province, With a population of around 12 million. Tehran is the most populous city in Iran and Western Asia, and has the second-largest metropolitan area in the Middle East.

Azadi Tower  is one of the landmarks of Tehran and west entrance to the city.  The tower is about 45 meters Height and is completely clad in cut marble.

It was commissioned by Mohammad Reza Pahlavi, the last Shah of Iran, to mark the 2,500th year of the foundation of the Imperial State of Iran. Milad Tower , also known as the Tehran Tower  is a multi-purpose tower in Tehran. It is the sixth-tallest tower and the 24th-tallest freestanding structure in the world. In a country whose center is covered with two vast deserts including the hottest spot on earth (70 degrees Celsius in Dasht-e Lut), the last thing you’d expect to see is a ski resort. But much to your amazement, you will find not just one but more than 20 ski resorts in Iran. Dizin and Shemshak ski resorts in Iran, located in the majestic snowy peaks of Alborz mountains offer a wide range of snow entertainments. 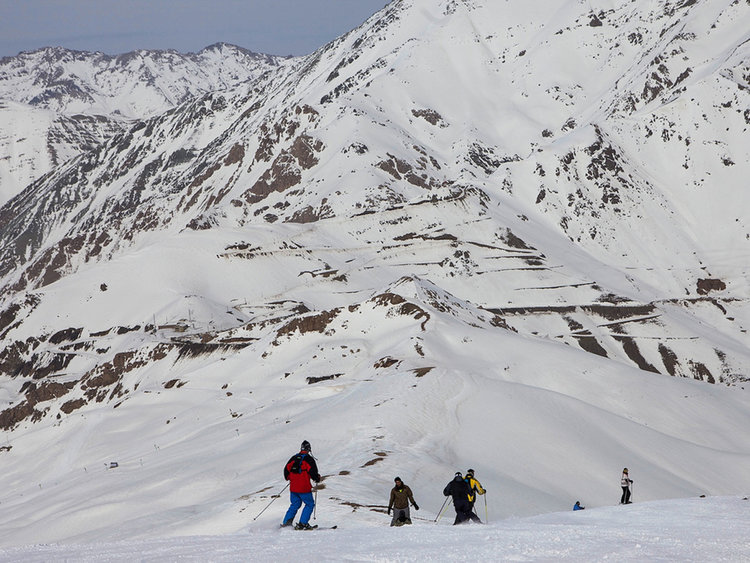 The Niavaran Palace Complex  is a historical palace complex situated in northern part of Tehran in 9000 square meters area. It consists of several palace buildings and monuments dating back to the Qajar and Pahlavi eras.

Golestan Palace is One of the oldest historic monuments in the city of Tehran, former royal Qajar. The complex of Golestan Palace consists of 17 structures, including palaces, museums, and halls. Almost all of this complex was built during the 131 years rule of the Qajar kings.

Sa’dabad  Complex is a 300 hectare complex built by Qajar and Pahlavi  dynasty of Iran in the Shemiran area. Other tourist attractions in Tehran: